Since music is the universal language, it’s only fitting that AFROSONICS has chosen this medium to bring people with diverse musical influences together in the creation of an original music style. Audiences experience new vibes through a fusion of guitars, drums, percussion, keyboards, electronic soundscapes, vocals, dance and chants. Although most of the rhythms are of African and American origin, it’s tough to put a label on their sound.

Afrosonics incorporates music from all over the world and the root of each member intermingles to create something both classic and unique. In addition to their own music, the group draws an influence from other musical genres i.e. South American, The Caribbean, Funk, Southern American Jazz, Blues, Rock and others that capture the true essence of the African, American or Universal spirit. MEET THE MUSICIANS The members of the group have come to Boise from different points on the African and American maps, each with a deep respect for their heritage and a special contribution from their respective culture.

SHARING THE SPIRIT Since their inception in the summer of 2013, AFROSONICS has performed at venues such as the Treefort Fest, World Refugee Day, Art in the Park, Boise 150th Celebration, Hyde Park Street Fair Festival and other social gatherings. Their eclectic blend of influences will surly help others appreciate the rich tapestry of world culture through the magic of music. 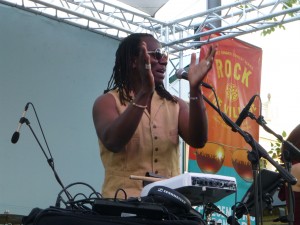 Dayo “Ariwo” Ayodele heralds from the Yoruba tribe in Nigeria. Community building and music are where his true devotion lie. He is the group leader. He helps with the musical arrangements, production and is a multi-percussionist and songwriter for the group. The origins of all music can be traced back to Africa and he honors this tradition by singing and dancing to African inspired songs any day, anytime. 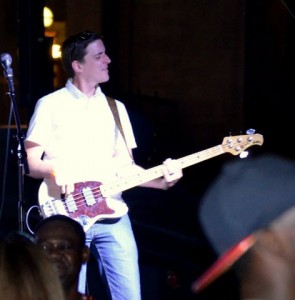 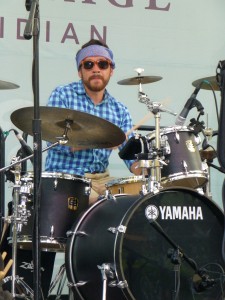 Ricky Martinez is the band’s Kit Drummer. Also from Boise, Idaho, he’s an accomplished musician with Jazz and Old school funk music influence. He lends a powerful rhythmic pallet and also help in the arrangement of the group’s eclectic music. 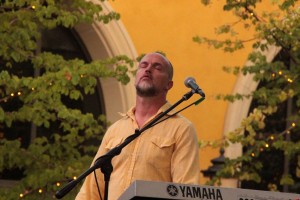 Todd Dunnigan, a native of Idaho, is a multi-faceted keyboardist, vocalist and record producer, and has worked in nearly every area of the music business. He first started playing professionally when he was 15 in his hometown of Boise, Idaho. Throughout the 80’s & 90’s he played and toured with a variety of acts, including Smokey Robinson, The Moody Blues, Boz Skaggs, Gary US Bonds and the national touring company of Beauty and the Beast. In 1988, he produced his first album, “Small Pond,” a compilation of local Boise artists. Over the last 15 years, Dunnigan has produced hundreds of albums for every type of artist from punk to polka. These experiences have provided him with a diverse palette of first-hand musical knowledge to draw upon. 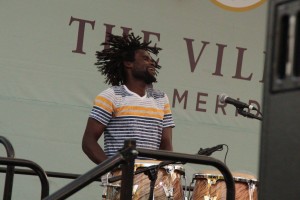 Cathima Kodet is African singer and dancer, Multi-percussionist has been drumming and dancing from a young age and has risen to the status of a Performer. He is a native of Congo Brazzaville and a former refugee in the country of Gabon in Africa. He relocated to Boise in 2010 with his older brother and parents. Dance and music are his passion; a sentiment clearly shared by the other members of the group.

Fabian Leeflang is a vocalist and percussionist. He comes from a musical family. He grew up singing with the church choir in his native Surinam with a major African influence in his life and claiming Africa to be his ancestral home. Fabian brings a strong vocal elements to the group. 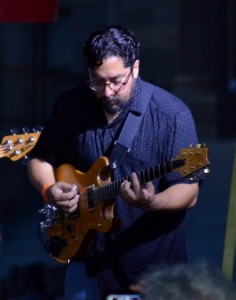 Esteban Anastasio’ s impeccable timing and Mediterranean, Middle Eastern and Latin infusion on electric and acoustic guitar or bouzouki lends an eclectic sound that blends classic with avant-garde funk with a crisp edge, the Idaho native is a musical force to be reckoned with. 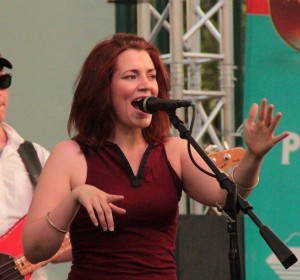 Ashley Rose Smith is a powerful vocalist and songbird. Born into a musical family in Boise, Idaho, she is the daughter of a folk singer. Ashley’s voice rolls out with the softness of a harp at times and the intensity of a full horn section at others. Her voice is a vibrant and harmonious force she unleashes standing toe to toe with other multi-instrumentalists in Afrosonics and the Industry. The purity of her voice sooths and inspires and is always a joy to the ears.

Some of the drums and string instrument used in performances are the ancestors of a Western counterpart, some people may be somewhat familiar with the congas. However the beautiful Bouzouki and the huge Djundjun will be novel to most audience members. Other exciting musical experiences await with the Agogo, Shekere, Ngoma and Djembe.